I remember watching the Olympics a lot when I was younger... then I stopped for a few years and lately I have been back...

I'm finding myself a bit sad at these Olympics though... it seems to me that there are a lot of mistakes and falls, and bad performances happening... I'm not blaming the athletes, I think the pressure is just too high and instead of people clearly winning, they are clearly losing.

I hate all the commercialism as well... I know it costs a lot to build these buildings and arenas and such, but when it becomes bigger than the games, it is too much.

I am finding it hard to watch the athleticism and enjoy the amazing abilities of these people who push themselves farther than I can even contemplate. I wish it were more on doing your best rather than win at all costs.

I'm not sure if I am making my thoughts clear, but they are here anyway :)
Posted by LethargicLass at 9:16 PM 3 comments:

I came home to some fun mail today... a swap and a giveaway prize :) 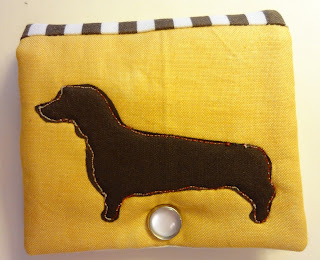 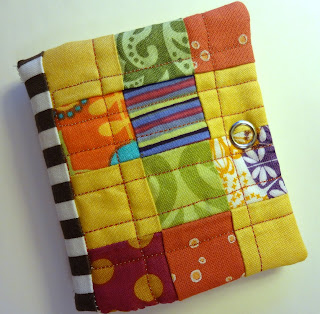 This is my awesome needlebook from Jayme. She had kept the dachshund a secret in her sneak peek photos and I am in love with him!! It is so sweet when someone you don't know takes the time to make something so special for you.

And check out the envelope: 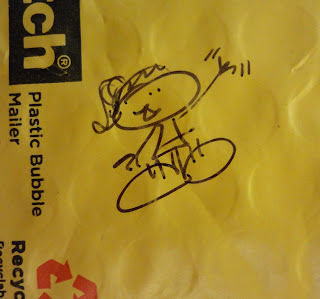 In addition, I won a giveaway from Form & Fabric and it arrived today... I couldn't be more thrilled! 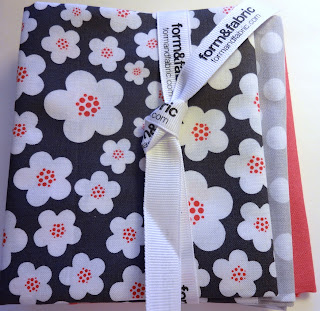 It's nice to have good days again.
﻿
Posted by LethargicLass at 10:02 PM 3 comments:

So... apparently I was optimistic last time with all my entrants as this time I had a measly 7 :( Either a lot of people have the book or I am terribly boring compared to before LOL! 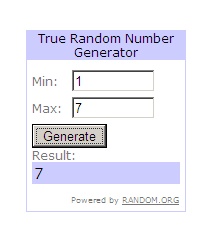 So Teri, I will email you and get your address and send it on it's way! Congratulations!
Posted by LethargicLass at 5:55 PM 1 comment:

Ever started a project without really thinking it through and discovering you ended up with a lot of things sewn and nothing to show for it? That was me and my Hello Betty quilt.

I had been saving my little honey bun forever and a couple of months ago got the smart idea to try the "Jelly Roll Race" method to make a quilt, but use my honey bun. It was tons of fun and went super fast but the end result was a disaster... a 31"x52" quilt top. What was I going to do with that? I didn't have any more of the line other than 2 FQ's, so creativity was required, and it wasn't coming to me. The best I could think of was to cut it into squares and call it a day.

Thankfully before I cut into it Melinda posted a pic of her Four Corners Quilt along with a tutorial!  Believe me when I said that I literally sighed with relief... finally a way to save my precious Hello Betty quilt! I commented on her post and she wrote to me. She was even wonderful and generous enough to work out the math for my honey bun as opposed to the jelly roll.


I can honestly say that I *love* my quilt now! It will be a perfect little baby blanket one day if I don't keep it for myself as a wall hanging :)

It goes to show how the creativity and kindness of the on-line quilting community will save the day every time :)

(I haven't linked to any of the Jelly Roll Quilt Race tutorials because I can't remember which one I used and don't know who was the first one to make it. You can just google "jelly roll race")
Posted by LethargicLass at 10:25 PM 4 comments:

I love me some Zakka!

I am part of the Rapid and Tiny Zakka Swap (RATZ swap) and it runs on a one month cycle. So far we have made keychains, magnets and this month it is needlebooks.

My partner is a secret so I can't say too much other than I was thrilled to have her as my partner as she is one of the people I have been in swaps with the longest.

I decided to go with linen which is somewhat a given in Zakka items, and who doesn't love linen?


It's a grey linen which I thought helped bring out the pinks of the flower. The "tie" which is actually velcro-ed is a ribbon I found in my vast collection. Sadly it is hand sewn as I completely blanked out on doing it before I attached the front and back and turned inside out.

The inside pockets are a fun sewing fabric I have had forever but have been too afraid to cut into until now. I find it is always easier to start on a much loved fabric when it is for a friend :)

So now that you have seen my needlebook, it is time to make some Zakka for yourself with a giveaway!!

(Snuck that one in eh? lol)

I bought two copies when this came out so I could share the love! I know a lot of people already have this, but I hope some people are still hoping to win it :)

Posted by LethargicLass at 10:29 PM 6 comments:

Tiny dress for a tiny person

I am meeting my new niece in a couple of weeks and I am so excited to see her! She was born March 30th, but lives in the far north in Inuvik so it has only been pictures so far. My Mom and I will be meeting up with my brother, his wife, and four kids for a family reunion in Moose Jaw, Saskatchewan. My Mom is from Saskatchewan so we'll be meeting up with her whole side of the family as well... will be a loud and fun time :)

I decided I wanted to finally try making some clothing, so I went simple for my first try and made my niece a pillowcase style dress.


At the same time, I made a matching one for my little upstairs neighbour who is always available for some baby time :)
Posted by LethargicLass at 10:18 AM 3 comments:

The Snuggs is finished!

Thank you for all your kind thoughts, I'm glad to be back among you.

I finally finished The Snuggs quilt. Considering that it just needed quilting and binding I probably should have done it sooner, but I really hate the basting part and always put it off as long as I can LOL. I won't be doing any tutorials but will show you what I ended up doing. 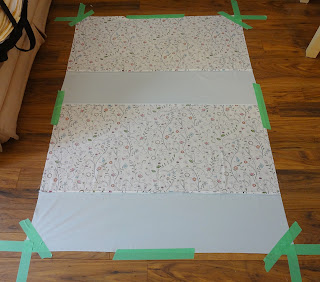 This is my method for getting my backing as tight as possible, I'm not convinced it is the best way, but it is my way LOL. After I'm done I roll up the tape for my glue-sniffing cat who loves to chew on it... a mother's shame :) I also am no good at seeing through my batting, so as you will see later I ended up with a slightly skewed backing... 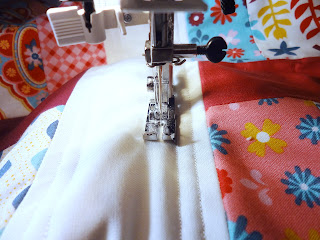 I decided to quilt the longer white sashing with 1/4 inch lines and then went 1/4 inch on either side of the perpendicular seams. 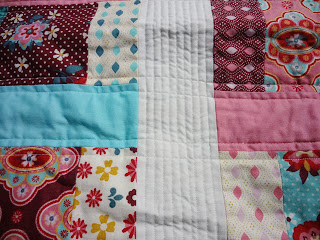 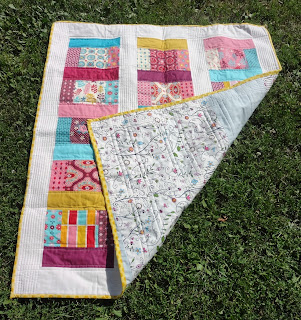 I finished it up with a great yellow on yellow polka dot that matches the yellows in the quilt. I think it will be perfect for the new baby, it is winging it's way to her now. 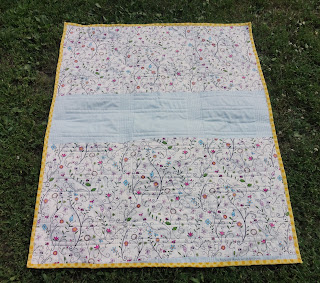 If you look along the bottom you'll see the sloping blue line... that would be my lack of x-ray vision LOL!
Posted by LethargicLass at 8:33 PM 2 comments: